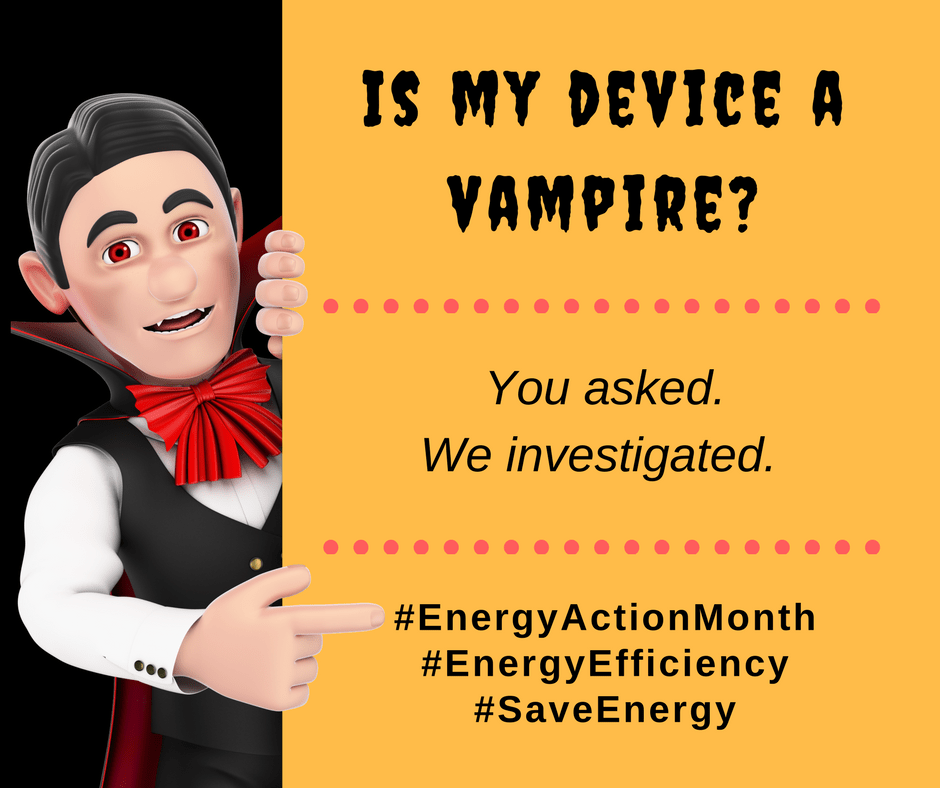 You asked. We investigated.

Not all plugged in devices are vampires, so students and LEAP staff used an electricity usage monitor to test various devices below. Here are the combined results of our findings.

Vampires (These devices use electricity even when they are switched off. Again, we’ve included some devices that use energy when in standby mode.)

The devices below are NOT vampires. (These devices don’t use electricity when they are not in use.) 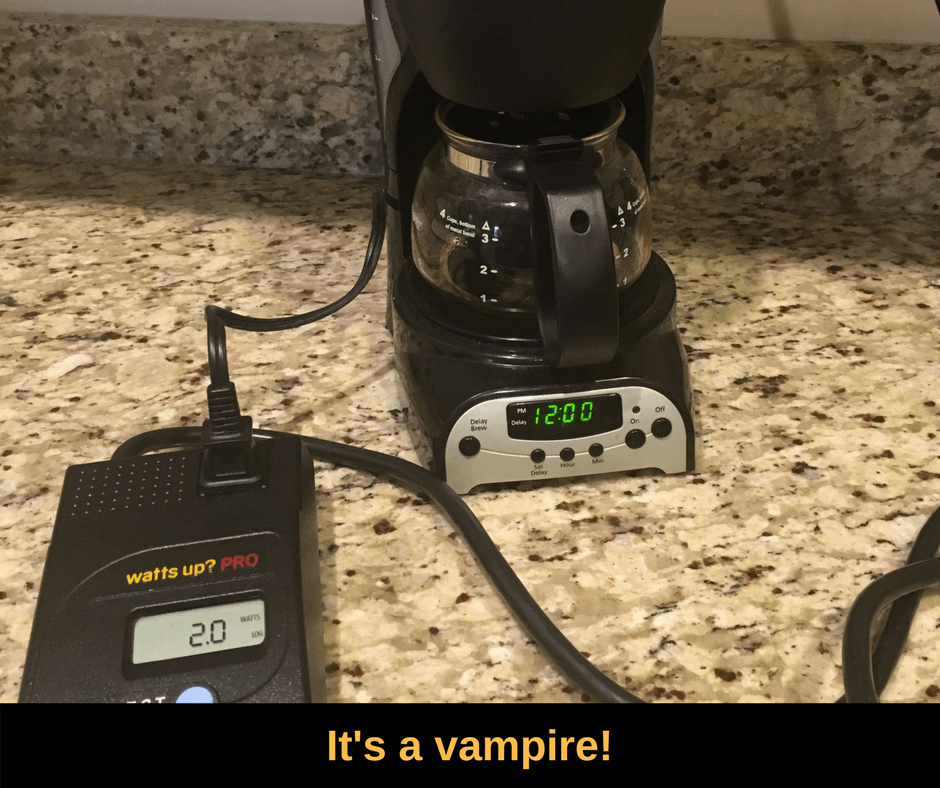 We discovered vampires with electronic devices and appliances that have clocks, that are capable of running in standby mode, and/or need a remote to turn it on. The vampires we found included microwaves with clocks, coffee makers with clocks, computers, and smart TVs. We found that some but not all chargers are vampires. The chargers that were vampires included the chargers for an electric toothbrush and computer speakers.

In general, devices that don’t have clocks and have a clear on/off setting (rather than standby mode) don’t draw electricity when switched off and are therefore NOT vampires. These devices include a blender, electric tea kettle, lamp, and toaster. Newer smartphone chargers also did not draw electricity.

General Tips to Reduce the Effects of Vampires

Here are some simple things you can do to reduce the effects of vampires in your home.

Thank you to our friends at Peabody School for investigating and finding these vampires with us. We are proud of your efforts. Keep up the good work!