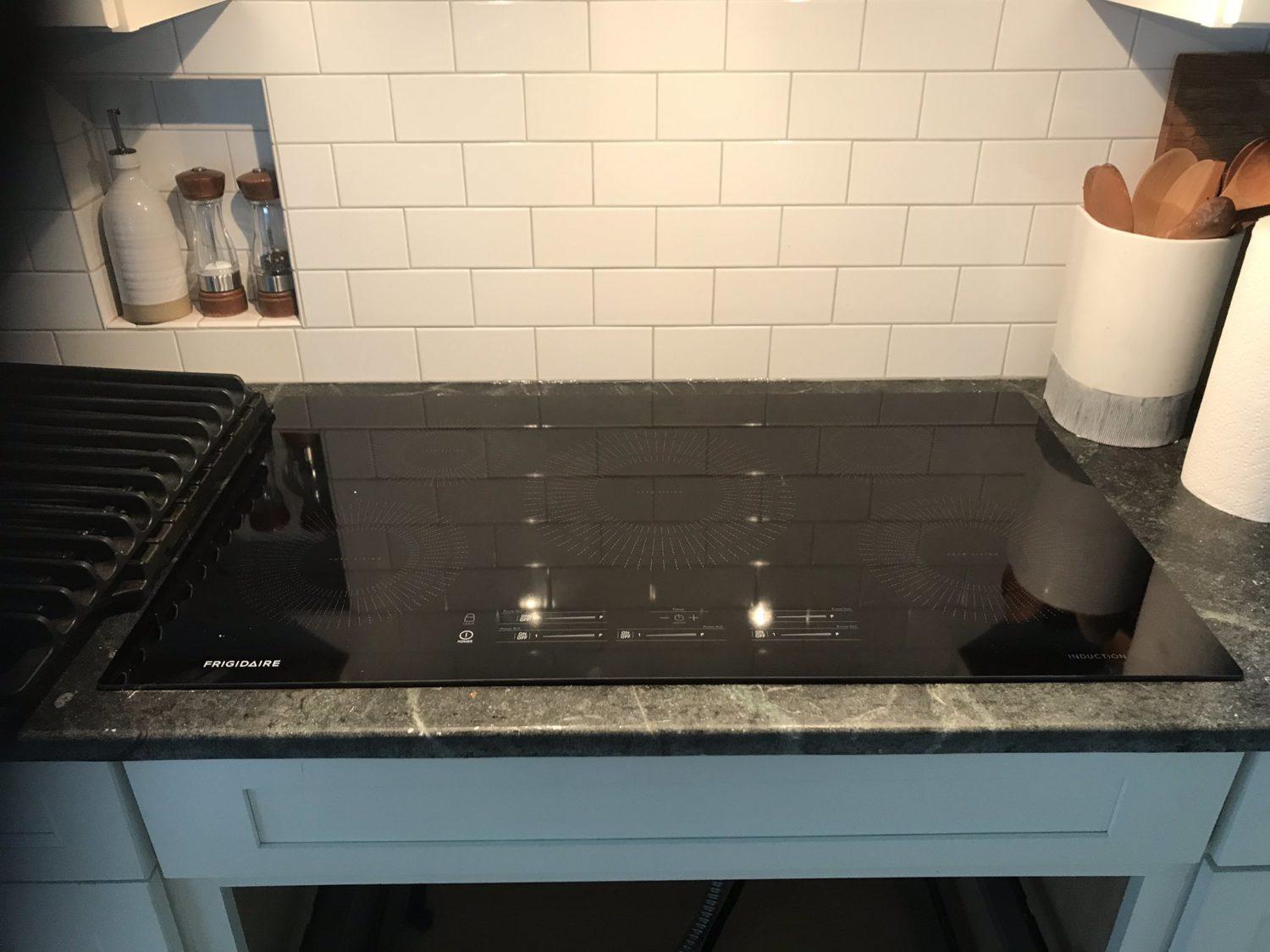 When it comes to cooking methods, home chefs of all sorts might have preferences for gas or electric stovetops. But both of those traditional options fall short of the energy efficiency that induction offers. Induction stovetops have already been popularized in Europe, but the efficient, affordable, and elegant method is just starting to gain traction in the U.S. as well. Considering a new stovetop appliance? Here’s a breakdown of some of the differences between the three methods to help you decide if induction might be right for you!

Induction cooking utilizes electromagnetic energy to heat pots and pans directly, as opposed to gas and electric stovetops, which use a burner or heating element to pass radiant energy to your cookware. Induction’s method of direct heat transfer makes cooking vastly more efficient. Using an induction stovetop, your food will receive up to 90% of generated heat, as opposed to 40-55% using a gas stovetop or 65-70% using an electric stovetop. Using electromagnetic energy also allows better control over cooking temperature – induction stovetops heat cookware quickly, as the temperature of the pot or pan changes the moment the current is adjusted. In comparison, users of both gas and electric stovetops can attest that heating time varies, and it may take a while for the cookware to catch up to the internal heat source’s temperature.

A major factor in deciding which stovetop appliance to buy is cost. Induction stovetops do tend to be pricier upfront than both gas and electric. Additionally, induction stovetops require cookware made with magnetic-based material, such as cast iron or stainless steel, so replacing old cookware could be an added cost. However, the overwhelming difference in efficiency using induction can help you save money on your utility bills in the long run. Not to mention, induction stoves vastly reduce heat flow compared to electric and gas, allowing your kitchen to remain cool while cooking without having to crank the AC.

Safety is another reason many homeowners are switching to induction. With no open flame, and no heat diffusing on the surface of the cooktop, induction stoves decrease the risk of burns and accidental fires, making them a desirable method for homeowners with young children or pets. While many home chefs prefer the visual indication of heat – i.e. the flames on a gas range – to monitor their stoves, many induction cooktops feature LED “flames” give the user a visual of the heat reaching the cookware. Switching to induction might also decrease the risk of indoor air pollution exposure, and therefore the risk of long-term health effects. Gas stoves can emit excessive levels of nitrogen dioxide, and electric stoves, too, emit small amounts of pollutants in the first few minutes of use by burning the layer of dust, food residue, and organic matter that cover their surface.

When it comes to cleaning, too, an induction stove takes away much of the hassle. The flat surface means no food scraps can fall to unreachable spaces, and because the surface does not get hot, you can wipe it down with a soft cloth almost immediately after cooking.

The leap to an induction stovetop could be the next step to cooking more efficiently, saving you money and environmental impact in the long run. If you’re in the market for a new stovetop, an induction appliance is a great way to improve the efficiency, safety, and user experience of your kitchen.